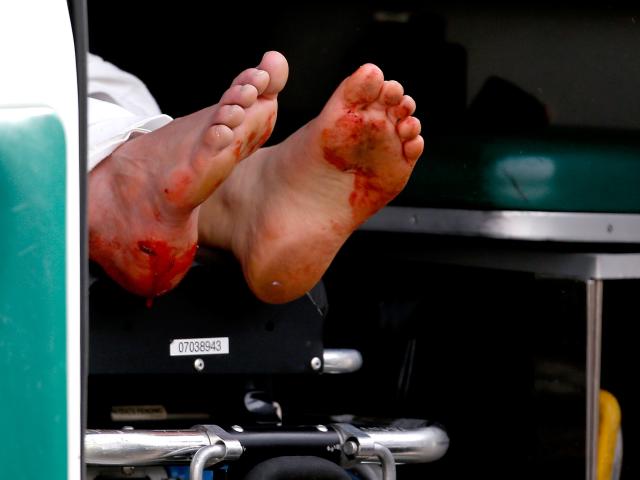 BOSTON, MA — APRIL 15: Two blood stained feet of a man hangs outside an ambulance outside a medical tent located near the finish of the 117th Boston Marathon after two bombs exploded on the marathon route on April 15, 2013 in Boston, Massachusetts. Two people are confirmed dead and at least 23 injured after two explosions went off near the finish line to the marathon. (Photo by Jim Rogash/Getty Images)